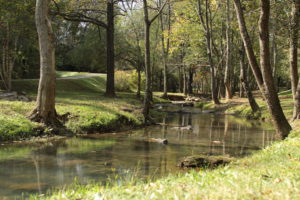 Peaceful streams abound in many of Farragut’s parks with miles of walking/biking trails.

If you are interested in relocating your business and/or family to our beautiful area, please submit this form to request a FREE Relocation Packet from the Chamber. Packets are mailed at no charge to you. We require your contact information so that we can verify your address if needed, or get additional information from you so that we can ensure the packet contains the materials you want.

Farragut is located in Knox County in East Tennessee and has a population of approximately 22,676 residents as of the 2017 Town of Farragut Annual Report.

Farragut enjoys mild temperatures, great outdoor parks and recreational opportunities, excellent schools, and a multitude of convenient dining and shopping options which include both local and nationally known retailers. The proximity to Knoxville allows visitors and residents alike to take advantage of a well established economy as well as a multitude of great things to do. We are less than a 1-hour drive from the Great Smoky Mountains National Park, the entertainment and recreation attractions in Sevierville and Pigeon Forge, the championship sports teams at the University of Tennessee, and so much more.

The history-rich area was originally known as Campbell’s Station after a fort and stage coach station erected by Captain David Campbell (1753–1832) in 1787. The brick Campbell’s Station Inn was built in 1810 and still stands on Kingston Pike within sight of the Farragut Town Hall. Formerly in use as a private residence, it was acquired by the Town of Farragut with plans underway to restore it to its original state. The Civil War Battle of Campbell’s Station was fought there on November 16, 1863.

The Town of Farragut was incorporated on January 16, 1980 and is named after Admiral David Glasgow Farragut (first Admiral of the United States Navy) who was born in the area that is now Farragut, TN. The first Board of Mayor & Aldermen were elected on April 1, 1980, with Robert “Bob” Leonard, serving as the Town’s first mayor. Mayor Leonard was instrumental in starting the Farragut West Knox Chamber of Commerce in 1987. You can read more about the Town’s early history HERE.

New residents are welcome and encouraged to enroll in the Intro to Farragut program that is currently offered annually at no cost and provides a great overview and understanding of how the Town works, area partners/governance, history and a chance to get to know fellow residents.